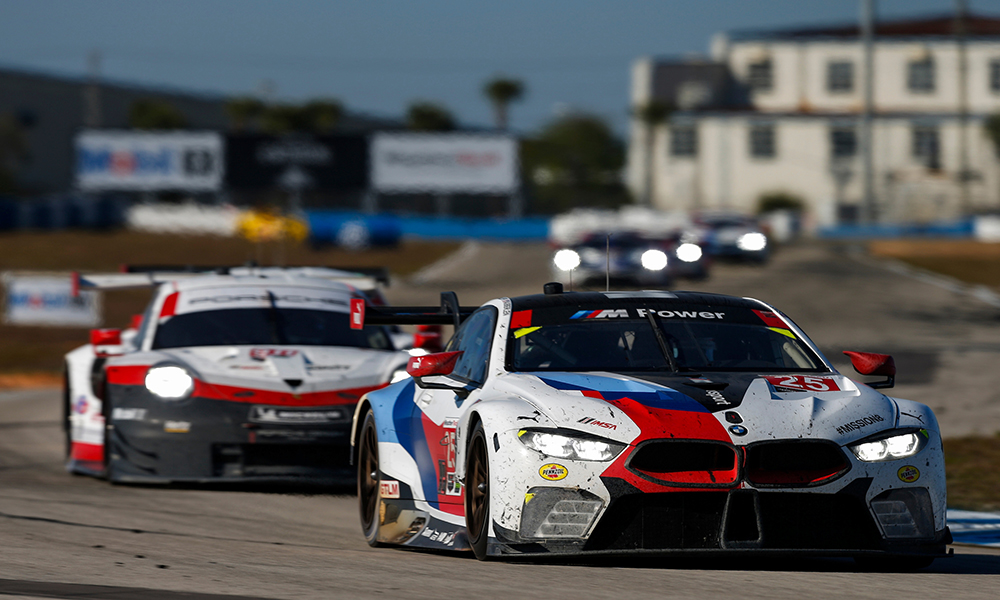 FIA World Endurance Championship CEO Gerard Neveu believes the format change for its return to Sebring is the best “compromise” for all involved and will deliver an “incredible program” for the fans in 2019 and beyond.

While originally scheduled as a 1,500-mile race for a midnight start following the Mobil 1 Twelve Hours of Sebring, WEC officials confirmed earlier this month that the event has been moved to Friday afternoon and a 1,000-mile/eight-hour time limit.

Additionally, a separate pit lane will be constructed for WEC competitors, which will still be set up alongside IMSA WeatherTech SportsCar Championship teams in the paddock.

Neveu admitted the tight timeframe to confirm its 2018-19 ‘Super Season’ schedule, along with other variables, led to a re-think of the event’s format.

“You have to consider exactly the timing for what’s happened regarding Sebring,” he said.

“During [last] summer we announced the ‘Super Season’ and we had to find a different direction to make sure that this Super Season will be very attractive.

“Visiting a place that is legendary for sports cars and endurance makes sense, especially in America.

“Sebring was a big wish from the paddock, so we have had engaging discussions with the people from IMSA in Miami with Pierre Fillon just before Mexico.

“After that, the plan was to visit Sebring during [this year’s] event because there is no better situation than during the event when we can see exactly whether we could do it or not.”

Neveu said the meetings, which saw healthy dialogue between the organizations, led to the consensus that a change in format was needed.

“After spending three days in Sebring, where we received a very warm welcome from IMSA and Sebring Raceway, we have made a debriefing, and clearly it was very difficult for IMSA to deliver the track after their own race in 3-4 hours,” Neveu said.

“To start the race at 2 or 3 o’clock in the morning was absolutely not correct.

“We had several options: race on Sunday or Friday.

“We had a meeting with Pierre, Jim [France], Ed [Bennett], Scott [Atherton] and myself. We took what we considered the best compromise that worked best for everybody.”

A decision to build a dedicated pit lane, on drivers’ right of the Ulmann Straight, was also quickly agreed upon, according to the WEC boss.

While eliminating some paddock space, the temporary pit structure will be separate to the WEC paddock, which will be set up alongside the “main avenue” alongside IMSA teams.

Neveu said an American-style pit wall will also be used in its pit lane.

“It will be an American event,” he said. “If you have a big problem with the car you will have to run back to the structure where you can fix the problem, and the pit lane will be American-style.”

Neveu said they’re now in discussions on finalizing details, such as the location of WEC Race Control and possible re-location of the media center, in order to ensure a successful overall event not only for competitors but also the fans.

“At the end, the first target was to make the fans happy because Sebring is a real celebration, and in this case the fans will have qualifying and practice on Thursday evening, so there will definitely be running on the track,” he said.

“Then they will have a big race on Friday and again on Saturday so it’s an incredible program for them.”

Long-Term Vision for WEC at Sebring

With investments made to ensure a successful 2019 event, Neveu said they now have a long-term vision for Sebring.

Sportscar365 understands the initial contract, inked in August, was only for a single year, with options for an extension, although Neveu indicated it’s the plan to return to the Florida airfield circuit in March 2020.

“The target for us is clearly to stay at Sebring if we continue to go to America,” he said.

“The idea is to maintain this event. Of course we will retain the lessons of the 2019 experience because it will be the first time… with different paddock conditions.

“Some [people were] skeptical, saying that we will cancel [the 2019 race]. We never imagined to cancel. There were several options, and I think we took an option that is a good compromise for everybody.”