He won the first and third races in his Aussie Driver Search Mercedes-AMG GT3 while finishing eighth in both Race 2 and Race 4, which were won by Craig Baird driving the Scott Taylor Motorsport Mercedes.

While Robson competed in all four races, Baird shared his drive with Scott Taylor, who finished ninth and eighth in Race 1 and Race 3, respectively.

This gave Robson the points lead coming out of the first weekend, and his debut appearance in the series. He has 156 points and a 21-point advantage over Geoff Emery, Peter Hackett and Dominic Storey tied in second.

Robson led from lights to flag in the final race of the weekend but his first victory came after a race-long battle with Fraser Ross under darkening skies with the race delayed several hours until Friday evening.

Baird, meanwhile, won both times behind the safety car after leading the entirety of both Race 1 and Race 3.

The series heads to The Bend Motorsport Park near Adelaide for the next round and first endurance race of the season on April 14-15. The pair of Bryan Herta Autosport-run Hyundai i30 N TCRs scored 1-2 finishes in both races as the TCR format made its Pirelli World Challenge debut at Circuit of The Americas.

Michael Lewis and Mark Wilkins both won over the course of the weekend with the two Hyundais finishing first and second in the two season-opening 40-minute races.

Wilkins started both races from pole and lost the lead to teammate Lewis at the first corner in Race 1, allowing the former PWC GT regular to lead the remainder of the race.

Lewis was unable to pass for the lead at the start of Sunday’s race, however, with Wilkins able to hold onto the top spot for the whole race which was affected by a safety car intervention.

Fourteen cars representing five manufacturers – Hyundai, Honda, Alfa Romeo, Audi and Volkswagen – made up the field for the class’ first appearance in the series.

It will next be in action at Virgina International Raceway on April 27-29. 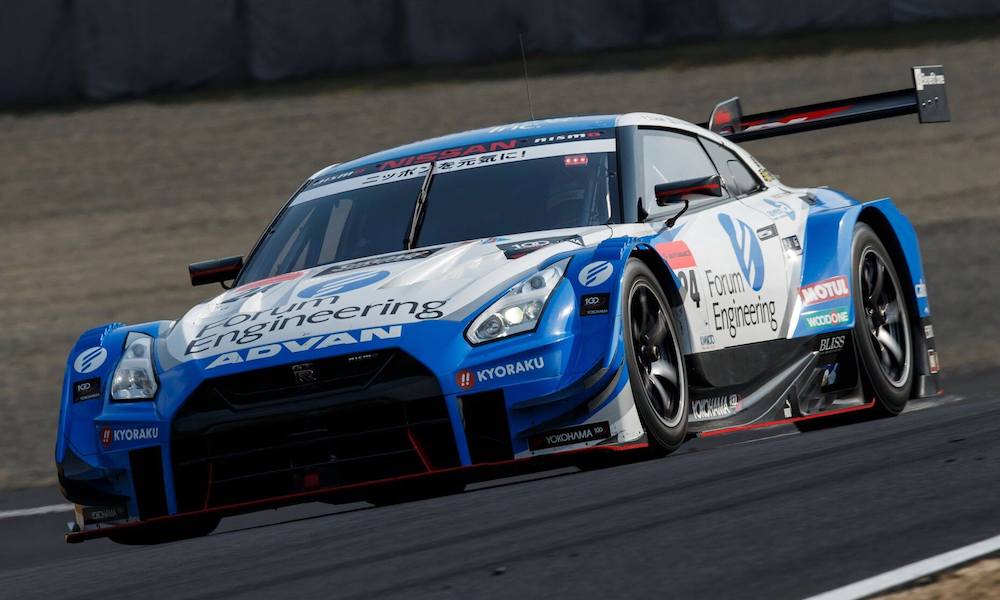 They set a best time of 1:28.055 late in Saturday afternoon’s session which went unbeaten on Sunday.

The best lap during the second day was a 1:28.877 which was posted by Yuji Kunimoto and Kenta Yamashita in the No. 19 Lexus LC 500 run by Lexus Team WedsSport Bandoh.

While the Lexus teams dominated Sunday’s running, Saturday saw an even mix of Lexus, Nissans and Honda NSX-GTs near the top of the timesheets.

Sean Walkinshaw and Shinichi Takagi were the fastest GT300 runners of the test in their Autobacs Racing Team Aguri BMW M6 GT3.

Takagi’s time of a 1:36.229 from Session 2 was enough to keep the car on top for the rest of the weekend, while Tomonobu Fujii set Sunday’s best time in his D’station Racing Porsche 911 GT3 R.

The Super GT field returns to Okayama, site of the first pre-season test earlier this month, for the first race of the season on April 7-8.

***Manthey Racing won the opening VLN race of the season on Saturday afternoon with its No. 911 Porsche 911 GT3 R driven by Kevin Estre, Laurens Vanthoor and Earl Bamber. Click here for the full report.

***The ADAC GT Masters pre-season test gets underway today with two days of running scheduled at Oschersleben on March 26-27. Thirty-five GT3 cars are testing at the circuit in Saxony-Anhalt ahead of the season-opener on April 13-15. Several GT Masters announcements have been made in the days prior to the test.

***Marvin Kirchhoefer will lead Callaway Competition’s entry with its Corvette C7 GT3-R, alongside his Blancpain GT Series Endurance Cup entry with R-Motorsport. He will share the car with Daniel Keilwitz for most of the season but Frank Kechele will stand in for the first two events when Keilwitz’s Pirelli World Challenge commitments take priority. Callaway also has a change in management with Giovanni Ciccone handing over the role of team principal to Mike Gramke.

***Two of GT Masters’ most successful drivers – Luca Ludwig and Dominik Schwager – will team up in HB Racing’s Ferrari 488 GT3. Ludwig has more than 100 races and 12 wins to his name while Schwager has won six times in the series. Rinaldi Racing will serve as the operation’s technical partner.

***Longtime BMW squad Schubert Motorsport announced on Friday it would be making the switch to Honda machinery for the upcoming GT Masters season, running a single Honda NSX GT3. The Oschersleben-based team has nevertheless vowed to continue its relationship with BMW moving forward.

***Solite Indigo Racing will be the Blancpain GT Series Asia’s first Korean team when it runs a Mercedes-AMG GT3 in the championship this season. The team has been a major part of the South Korean motorsport scene since 1997 but will make its full-season debut outside of a domestic championship this year. Korean CJ Superrace series regular Juwon Seo and reigning China GT GT4 champion Roelof Bruins will drive the car.

***Christian England has been confirmed as Wayne Boyd’s replacement at United Autosports for the Michelin Le Mans Cup following last week’s announcement that Boyd would instead compete in the European Le Mans Series in one of the team’s LMP2 entries. England will drive alongside Richard Meins in the Ligier JS P3 Nissan.

***Fernando Rees has been confirmed at Ombra Racing for the International GT Open season after testing with the team at Circuit Paul Ricard recently. The former Aston Martin Racing factory driver will race with Damiano Fioravanti in one of the team’s Lamborghini Huracan GT3s.

***HTP Motorsport is set to expand into the GT Open in a partnership with MS Racing. HTP, which has had success as a Mercedes-AMG factory team in the Blancpain GT Series, amongst other championships, will provide support for MS Racing’s Mercedes-AMG GT3. Martin Konrad and Alexander Hrachowina will drive the BWT-backed car.

***2012 WEC LMP2 Champion Enzo Potolocchio made his racing return in the Ferrari Challenge Europe at the weekend, competing with Rossocorsa in the Trofeo Pirelli class. The Venezuelan finished eighth and ninth in the pair of races at Mugello.

***The British GT Championship season gets underway this weekend at Oulton Park in Cheshire. Free Practice and qualifying will take place on Saturday ahead of the two 60-minute sprint races on Monday.