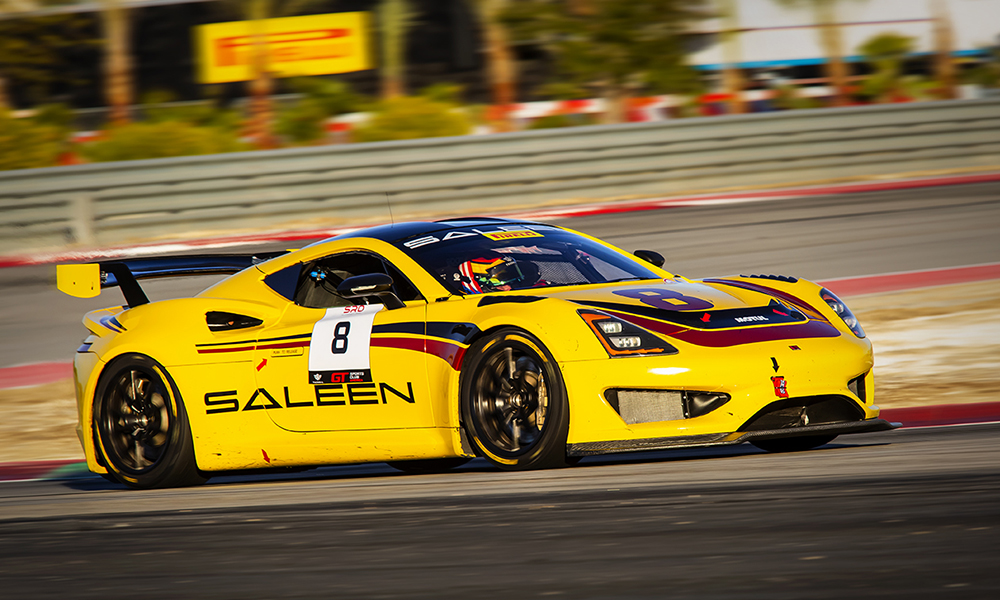 The Saleen S1 GT4 car is set for its competition debut in this weekend’s SRO Winter Invitational Series at the Thermal Club.

The manufacturer, which took the wraps off its GT4 contender in October, will be giving the new-for-2020 model, still in ‘concept’ form, its first official laps in a race event.

Dominic Cicero has been tasked to drive the car in both 40-minute single-driver races on the 3.1-mile configuration of the California country club circuit this weekend.

Saleen is using the series as an opportunity to “further develop” its GT4 concept while the vehicle is undergoing the homologation approval process by SRO in advance of a full season of GT4 America this year.

“Since we unveiled the Saleen 1 GT4 concept, we’ve been extensively testing and developing the car, while undergoing the homologation process,” said Saleen Automotive founder and CEO Steve Saleen.

“We’re eager to see the results of this development work in a live race.

“We look at the races this weekend as a ‘shakedown’ event to put the new Saleen 1 GT4 concept through its paces to balance the car and even restrict the power as needed.”

The R3 Motorsports-run entry will compete in the overall class for eligible GT2, GT3 and Cup class machinery and not in the GT4 class which features already-homologated cars.

A total of 27 cars, between the GT and TC classes, are listed for this weekend’s second round of the season.